In mathematics set is defined as the collection of well defined object which can be separated distinctly.

A set can be explained in different ways:

Descriptive method: N = {the natural numbers from 1 to 50}

A universal set is the collection of all objects in a particular context or theory. All other sets in that framework constitute subsets of the universal set, which is denoted as letter U. The objects themselves are known as elements or members of U.

Here, A and B are the subsets of U

Two sets are said to be overlapped if they have same element in common. 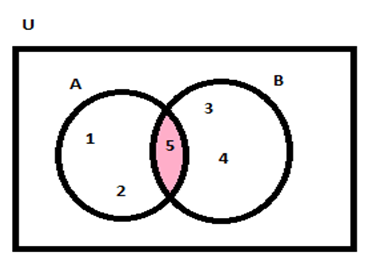 A and B are overlapping sets.

Two sets are said to be disjoint sets if there is no element in common. 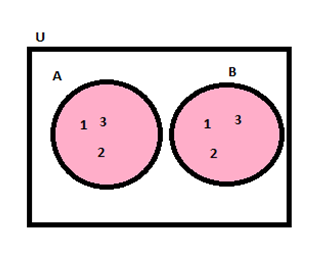 Cardinality of the sets

The number of the elements in the given sets is known as cardinality of sets.

Cardinality of the three sets 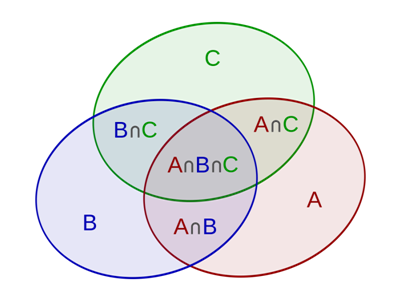 A set which contains finite number of elements is called a finite set.

A set which contains infinite number of elements is called an infinite set.

A set which contains only one element is a singleton set.

A set which does not contain any element is called empty set or null set.

N is natural number and Z is integer.

Two sets which have the same number of elements, i.e. same cardinality are equivalent sets.

Since the two sets P and Q contain the same number of elements 5, therefore they are equivalent sets.

The set which includes elements of A and B is called union of the sets. 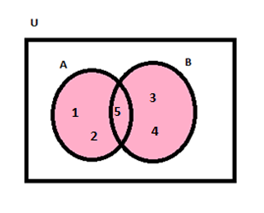 If the elements of set belongs to both Sets A and B, it is called intersection of A and B. 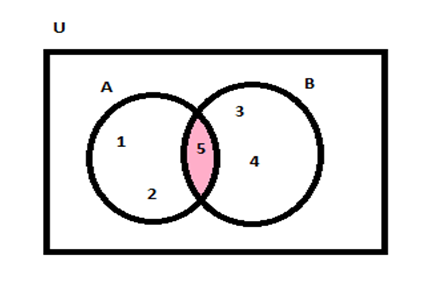 The set that contains all the elements of universal sets except the given set A is called complement of the set A . It is denoted byA̅ 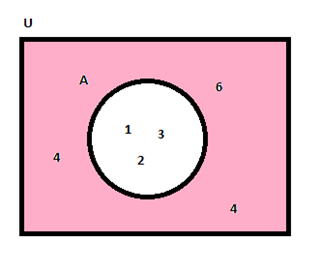 If A and B are the two sets , the difference of the dsets is the elements of the set thst includes only in one set . 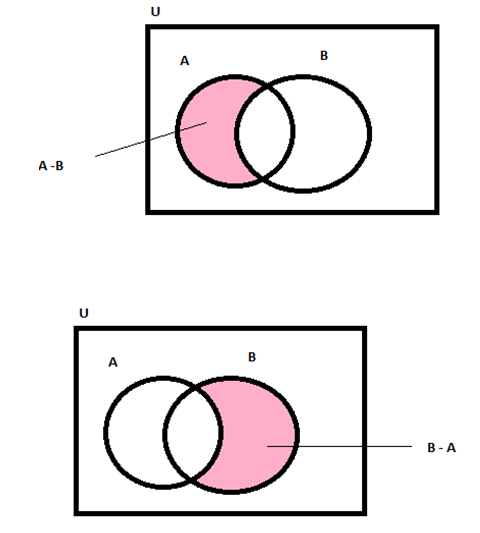 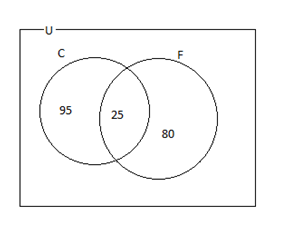 C and F denote the students who study Cricket and football respectively.

In the certain examination, 50% students passed in account, 30% passed in English, 30% failed in both and 25 student passes in both subjects. By drawing Venn – diagram, find the number of the students who passes in account only. 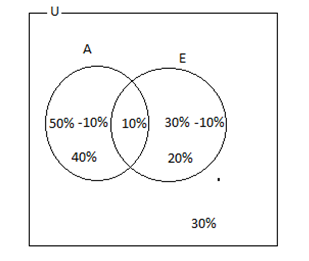 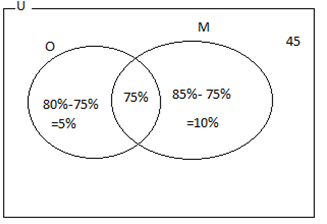 Let O and M be the number of people who like oranges and mangoes respectively.