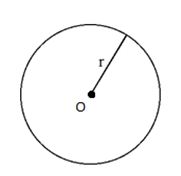 A circle close curve of locus of set of all points that are equidistant from a given point called the centre. The distance between any of the points and the centre is called the radius.

In the given figure, `O’ is the centre and `r’ is the radius of the circle. 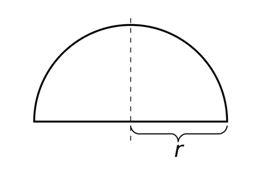 Half the circle separated by the diameter on the either side is called semi – circle. The full arc of a semicircle always measures 180°.

Chord and the Diameter 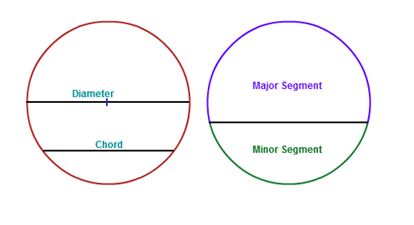 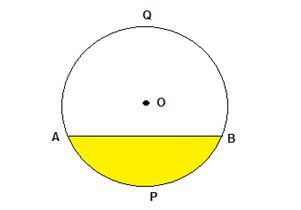 Part of the circumference cut off by the chord is called an arc. AQB and APB is an arc separated by the line segment AB. 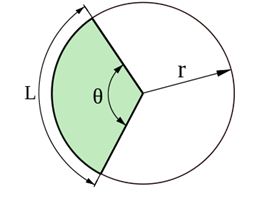 A circular sector or circle sector is the portion of a disk enclosed by two radii and an arc, where the smaller area is known as the minor sector and the larger being the major sector. In the diagram, θ is the central angle in radians, the radius of the circle, and is the arc length of the minor sector. 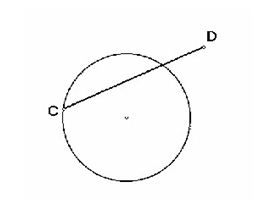 A straight line that passes through the two points of the circumference of circle is called secant. In the given figure, CD is the secant. 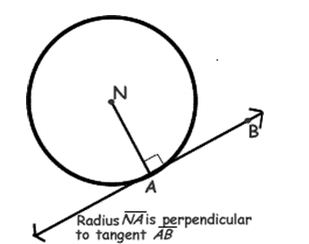 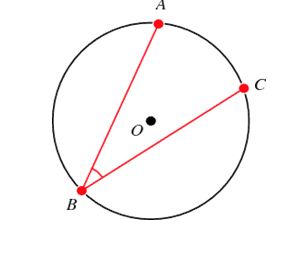 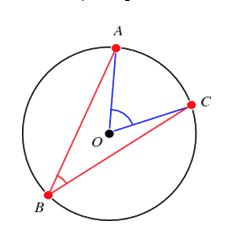 An angle formed by the radius of the circle is called centre angle. .∠ AOC is an centre angle  and  AC is a the corresponding arc. 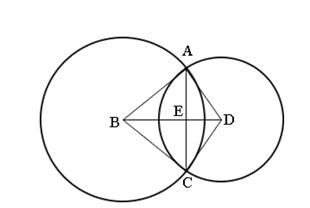 Centre angle is double of the inscribed angle standing on the same arc.

Given: ∠ QPR and ∠ QSR   are standing on the same arc QR

Prove that opposite angles of the cyclic quadrilateral is supplementary. 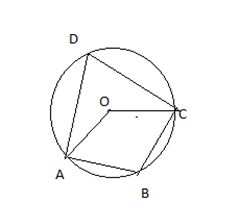 Given: ABCD is a quadrilateral

In the given figure AB and EF are parallel to each other . Prove that CDEF is a cyclic quadrilateral.

Given: AB || EF, ABCD is the cyclic quadrilateral

To prove: CDEF is the cyclic quadrilateral 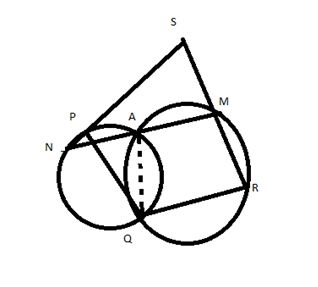 Given: NPS, MAN and RMS are the straight line

To prove:  PQRS is a cyclic quadrilateral 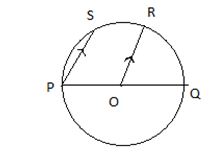